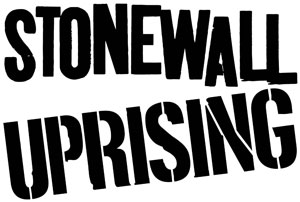 “The average homosexual, if there be such, is promiscuous. He is not interested in, nor capable of, a lasting relationship like that of a heterosexual marriage.”

The most thorough documentary exploration of the three days of unrest beginning June 27, 1969, when patrons of the Stonewall Inn, a seedy Mafia-operated gay bar in Greenwich Village, turned on the police after a routine raid, “Stonewall Uprising” methodically ticks off the forms of oppression visited on gays and lesbians in the days before the gay rights movement.

“Before Stonewall there was no such thing as coming out or being out,” said Eric Marcus, the author of “Making Gay History: The Half-Century Fight for Lesbian & Gay Equal Rights.” People talk about being in and out now; there was no out, there was just in.”

At the time of the riots, homosexuality was illegal in every state except Illinois. Before the laws were changed, one commentator observes, gay bars offered the same kind of social haven for an opressed minority as black churches in the South before the civil rights movement.

The cultural demonizing of gay men in public service films depicted them as at best, psychologically damaged and at worst, ruthless sexual predators. Lesbians were nearly invisible.

The same “CBS Reports” peddled the medical opinion, since discredited, that homosexuality was determined in the first threee years of life. the movie has ominous vintatge footage of electorshock aversion therapy being administered, accompanied by the suggestion that it might be a promising cure for what was wiedly regarded as a mental illness. The most unsettling historical tidbit concerns a the treatment of homosexual patients at a mental hospital in Atascadero, California, where some were injected with a drug that simulated drowning, a process that one commentator describes as “chemical waterboarding.”

It is a sad indication of the marginalization of homosexuality in the late 1960’s that media coverage of the Stonewall riots was mostly after the fact. And even then it was cursory and often condescending.

The details of the raid are reconstructed by several who were present, including Howard Smith and Lucian Truscott IV, journalists for the Village Voice whose offices were nearby. The film focuses on the first night of the unrest.

“This was the Rosa Parks moment, the time that gay people stood up and said no,” Truscott said. “And once that happened, the whole house of cards that was the system of oppression of gay people started to crumble.”

I saw this review in the newspaper and I had to post it here for any of my readers who may not have heard about this documentary that I plan to see as soon as possible.

Hoping you all have a great week-end and those who will be celebrating Gay Pride this Sunday keep a reverent thought for those who went before us and bravely stood up to brutality and discrimination.

This entry was posted on June 25, 2010 by Gideon. It was filed under Uncategorized .