It set my mind thinking about my own life.

Billy a son of a blue-collar mine worker. He was different from the other kids in his town. He dreamed of becoming a ballet dancer not a mine worker. His rough and tumble father and older brother cringed at the thought he had this dream. His passion for dance lifted him out of the vicious cycle the other townsmen were caught up in. It was not explicitly said but the inference was made that Billy may have been gay as well. 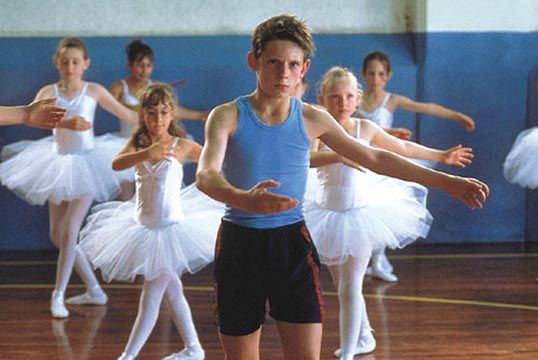 I grew up in a blue-collar neighborhood with 3 rough and tumble brothers. My father was as blue-collar as it gets. I was a dreamer the same as Billy. My family knew I was different before I did.

I was the softer brother. Prone to day dreams and more interested in literature, music, science and technology than sports, hunting and fishing. My brothers did try to toughen me up a little and teach me how to fight but I just never responded well to it. As the years went by they protected me from some of the bullying I would certainly have had to endure otherwise. My brothers are still my heroes and even my protectors to this day.

My two sisters have always been my protectors as well. I remember a time when my sister knew I was being chased by a bully through the halls after the final school bell rang in grade school. He was always taunting and shoving me. She waited behind the stairwell wall. I saw her as I flew down the stairs towards the exit but he did not. She stuck her foot out and tripped him sending him tumbling down the stairs. She jumped on top of him and beat him up really good, lol. He was humiliated as the other children laughed at the sight. He never bothered me again.

I suppose I was always the more intellectual one of the family although all of us were intelligent and taught good behaviors by our parents. We were given opportunities to be ourselves while conforming to the golden rule. The thing my parents worried most about was how I could survive in the real world once I left home. I must admit sometimes their concerns were justified. I did finally toughen up once I was out on my own. All the lessons in defending myself my brothers had given me stayed with me and were there when I truly needed them.

We are all different in many ways and similar in other ways. The story told in “Billy Elliot” was so inspiring to me. Here was this unimposing boy who wanted to dance. His father and brother were working hard in the coal mine to support the family. They expected him to join them when he was of age. The day came when their eyes were opened to Billy’s differences. It was hard to accept at first but once they saw the joy Billy felt when he was dancing they did all in their power to help him achieve success and escape the vicious cycle.

If you have never seen the movie you should treat yourself. I’m certain you will not be disappointed. Most likely you will be like me and find yourself reflected by the movie in some way.

By the way, the main reason I wanted to watch it again was to see Billy’s older brother “Tony” played by Jamie Draven. 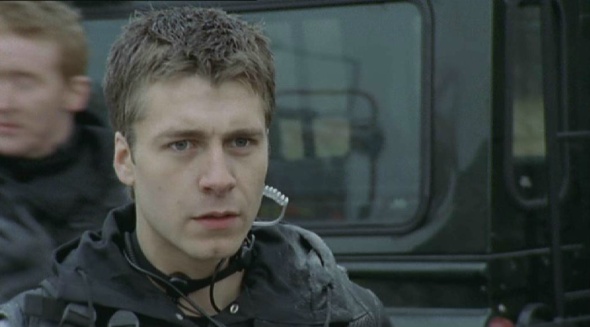 This entry was posted on August 8, 2010 by Gideon. It was filed under Gay Stories, Human Interest, Movies, Uncategorized and was tagged with ballet, blue collar, dance, dreams, intellectual, movies, rough, soft.