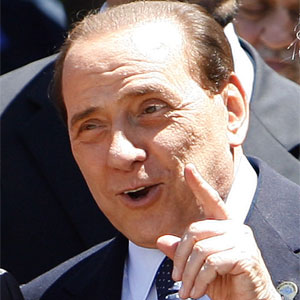 Speaking at a Catholic conference in Milan, he said: “Gays will never have marriages equal to traditional family values because there is only one family.”

He added: “This government will not allow singles or gays to adopt.”

The 74-year-old leader told the conference he would not resign, despite his own moral troubles.

He has been charged with having sex with an underage prostitute and will go on trial in April.

Police say that Karima El Mahroug, who was 17 at the time, was a guest at one of Mr Berlusconi’s ‘bunga bunga’ parties.

There are also claims that he paid for dancers’ plastic surgeries.

The Italian leader is currently on trial for tax fraud.

Last year, Mr Berlusconi angered gay groups by saying: “I have a gruelling work schedule and if I happen to look pretty girls in the face now and then, well then, it’s better to be a fan of pretty women than to be gay.” 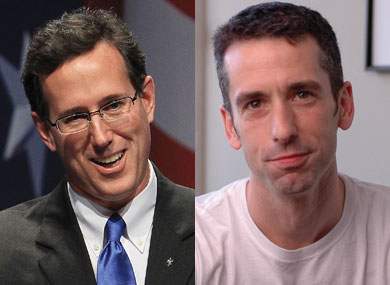 Rebecca Drysdale “It Gets Better” Video

This is the best “It Gets Better” video I’ve seen yet! 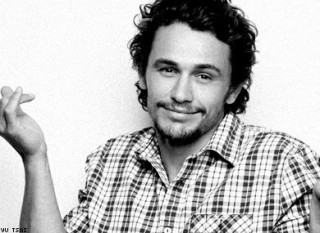 James Franco has played a good number of gay roles, most recently in the movies Milk and Howl—where he portrayed Harvey Milk’s longtime boyfriend Scott Smith and poet Allen Ginsberg, respectively. As a result, he’s faced a lot of questions about his own sexual orientation.

The actor, who told The Advocate last summer that he is straight, is now raising eyebrows by suggesting otherwise in an interview with Entertainment Weekly.

“There are lots of other reasons to be interested in gay characters than wanting myself to go out and have sex with guys,” Franco tells EW. “And there are also lots of other aspects about these characters that I’m interested in, in addition to their sexuality. So, in some ways it’s coincidental, in other ways it’s not. I mean, I’ve played a gay man who’s living in the ‘60s and ‘70s, a gay man who we depicted in the ‘50s, and one being in the ‘20s. And those were all periods when to be gay, at least being gay in public, was much more difficult. Part of what I’m interested in is how these people who were living anti-normative lifestyles contended with opposition. Or, you know what, maybe I’m just gay.” 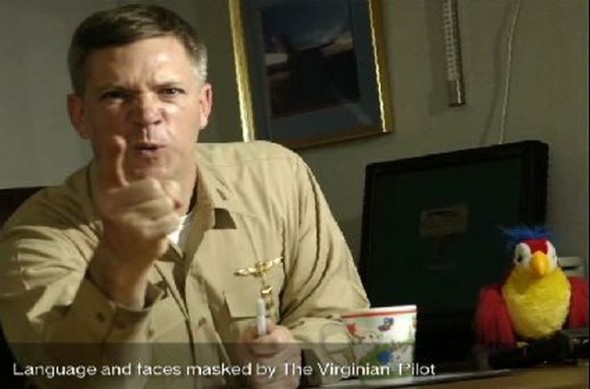 The Navy officer behind a series of videos featuring simulated sex and antigay slurs will be temporarily relieved of duty as early as Tuesday, Navy sources told NBC News on Monday.

Capt. Owen Honors (pictured) currently commands the USS Enterprise. He reportedly produced the videos, which were shown to the crew of the aircraft carrier in 2006 and 2007, while he was second in command.

Honors will reportedly be relieved of duty while the Navy investigates.

The Navy has launched an investigation into the production of a series of videos containing simulated sex and antigay slurs shown to service members deployed in Iraq and Afghanistan.

CNN reports the videos were reportedly shown to the crew of the aircraft carrier USS Enterprise in 2006 and 2007. Navy spokesman Cmdr. Chris Sims called the videos “clearly inappropriate.”

The Virginian-Pilot newspaper in Norfolk, Va., first published excerpts from the videos and descriptions of their content on Saturday.

According to Time magazine, the man behind the videos is Capt. Owen Honors, who at the time was the executive officer, or second-in-command, of the Enterprise. Honors recently took command of the carrier, which is weeks away from deploying.

According to Time, Honors is likely to lose command of his carrier before it heads out from Norfolk.

Watch the video posted to the Virginian-Pilot’s website and an interview with Pilot editor Meredith Kruse below.

Go to this link to watch the video:
http://www.advocate.com/News/Daily_News/2011/02/Navy_Investigates_Raunchy_Antigay_Vids/?utm_source=feedburner&utm_medium=feed&utm_campaign=Feed%3A+AdvocatecomDailyNews+%28Advocate.com+Daily+News%29

Swordofgideon's Blog
Create a free website or blog at WordPress.com.