Matt Hughes, 30 years old, has died from injuries sustained at home. He had been in the hospital with his family and friends at his side in Kansas a week or so after the event that caused his injury.

I have read many blogs tonight after we watched the latest episode of the TV show he appeared in – “Storm Chasers”. 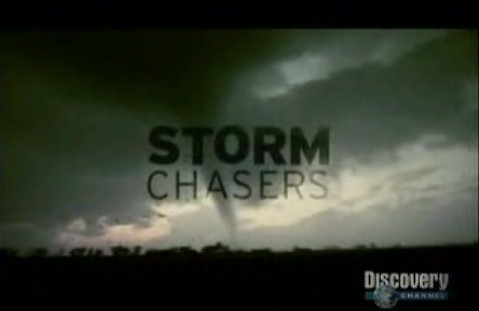 The following paragraphs are a copy of a comment I posted on one of the blogs about the possible cause of his death:

“Sean Casey may be the most disgusting person I’ve ever seen on TV. I believe his decision to bring on a new team member had a role in the events that led to Matt’s death. During the memorial episode devoted to Matt I noticed the expression on Matt’s face went from one of happiness to one of withdrawal the moment the new member walked into the room.

Sean is a terrible manager. He demoted the TIV driver a couple of episodes ago and that person quit the team (I’ve already forgotten the poor guys name). In my opinion, Matt saw the writing on the wall regarding the new buxom beauty Meteorologist who has a PhD. He knew what a slimy snake Sean is and that his own position within the team was precarious because Sean never acknowledged his contributions or worth. It is obvious to me that Sean Casey felt threatened by the young man with stars in his eyes and more enthusiasm and courage than the middle-aged has-been who couldn’t find a tornado if it were heading directly for him.

Matt was a piece of eye candy and I loved to watch his every move and listen to his every word. I looked forward to the few moments of air time that he was given in each episode. I believe his future was so bright and that was what Sean could see as well. Matt was on track to become a household name while Sean was on track to oblivion.

I realize Matt had other issues to deal with in his personal life. I believe I know what might cause him to feel so hopeless. So many self-inflicted deaths of young men recently that were brought about by bullies such as Sean Casey. The recent incident involving that school board member in Arkansas who wrote on Facebook that all “members of a certain hated minority” should commit suicide (his statement was not so diplomatic) sheds light on the reason many beautiful young men take their own lives. The fear of being disowned by loved ones or discriminated against by society in general and by governmental and religious persecution has been the catalyst for so much sadness.

The pain and sorrow Matt’s family must feel is shared by so many who came to know Matt through his role on Storm Chasers. It is my hope they will eventually discuss openly the reasons they believe brought on this tragedy. I will be eagerly waiting their thoughts. We loved Matt, too.”