In the United States we have many national holidays.

Some are frivolous and some are not.

This is a list of our National Holidays for 2010:

In my opinion Memorial Day is the most appropriate one of them all. We should ALL observe this day with reverence and humility. 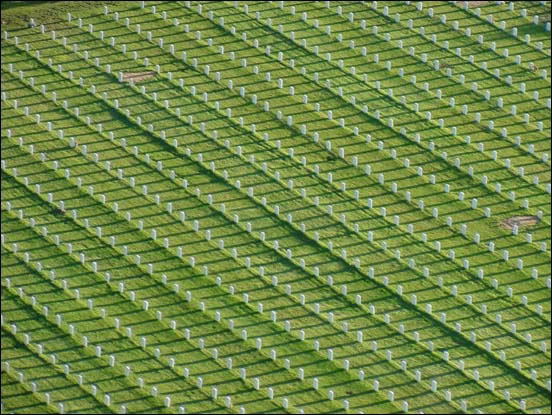 I have known so many who have served. I have known a few who never returned. From VietNam to the current wars in Iraq and Afghanistan and every deployment in between the list goes on. I am so proud of those who joined voluntarily or those who were conscripted. 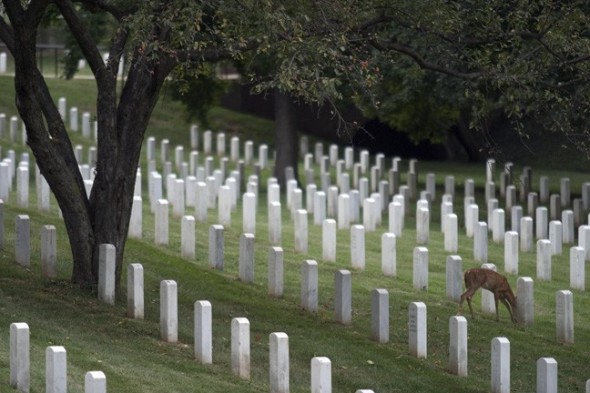 Deer grazes among the headstones

I have never been a war monger, a “Hawk”. I have always been against killing. Unfortunately we live in a very dangerous world where men go to war with each other. I understand the need for a strong defense and I’m willing to support our military by whatever means necessary. The countless boys (and recently girls) who have worn the uniform of our armed forces and gone into battle without question or hesitation and have returned home  in one piece or have been wounded or killed should be honored above all others. 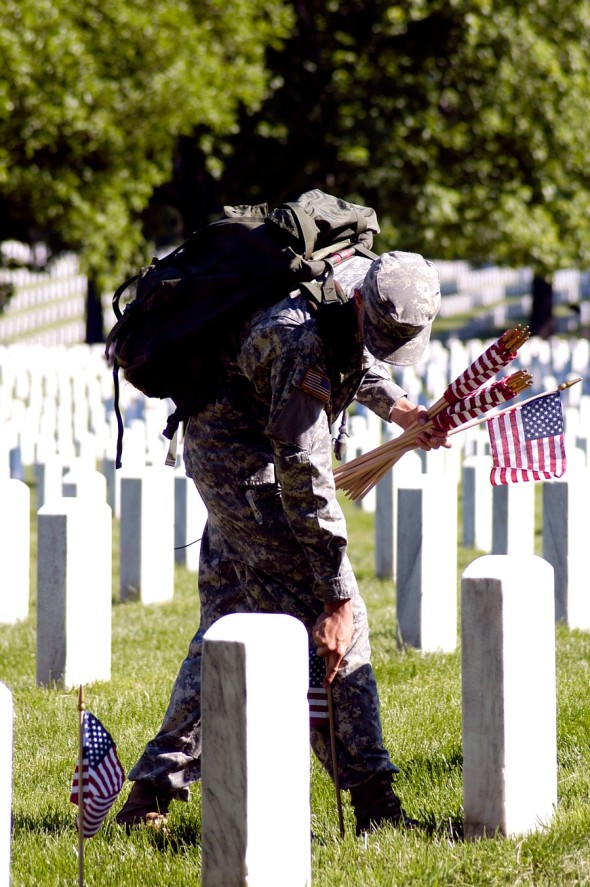 I was just thinking of a close friend of mine in high school – Laren, Laren Hill. He was 18 and joined the army so he could go to VietNam. I never heard from him again. It seems like I think of him every Memorial Day. He was such a beautiful boy and so macho. I just wonder how many others will join him in the legions of our honored dead.